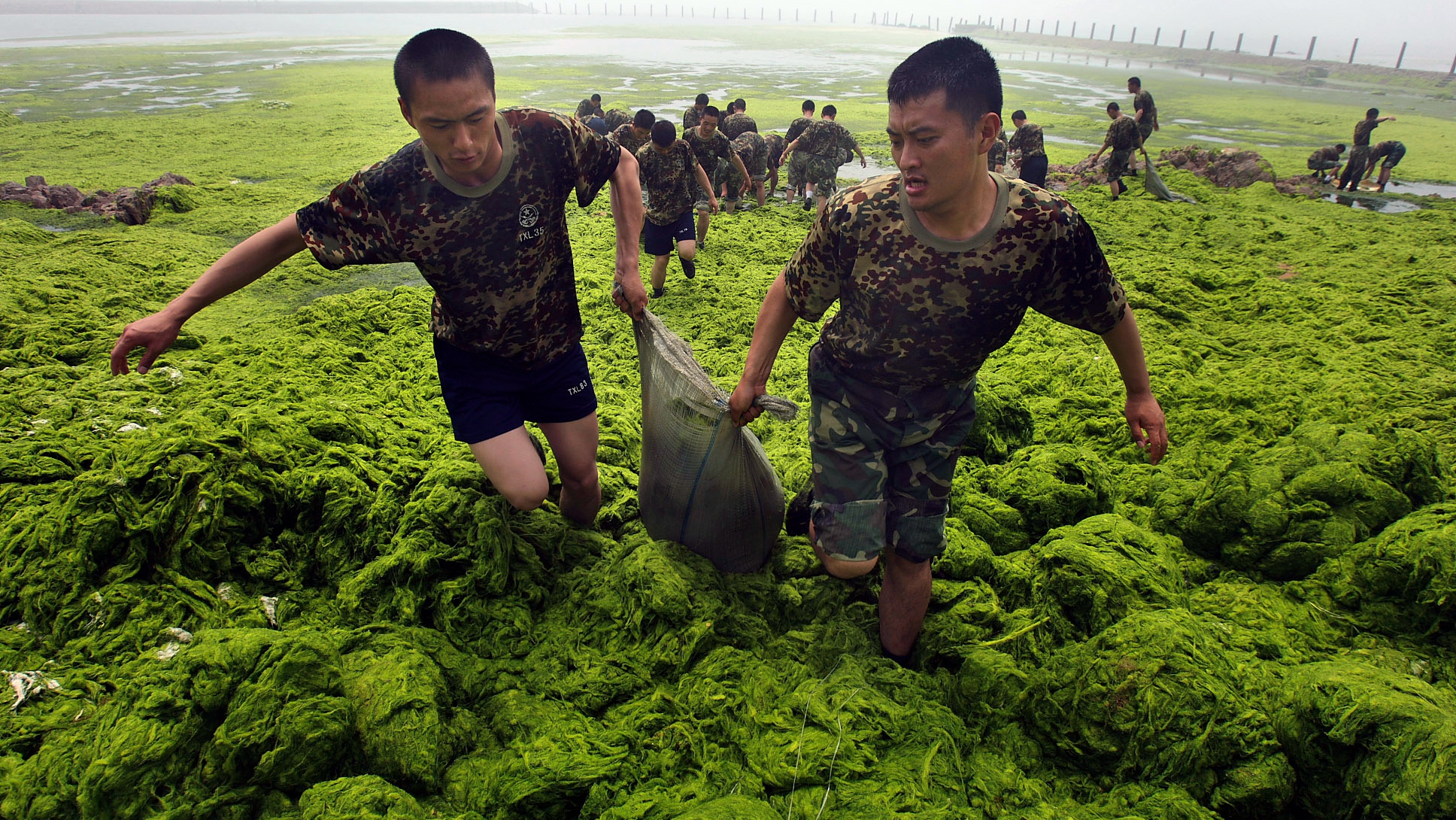 Initially, the bluish-green cover on China’s Nanhu Lake at the start of summer is a captivating sight. The unbearable stench comes a few days later when the colorful toxic algal bloom starts rotting along with thousands of organisms that once thrived in the water body.

The  toxicity of the algal bloom is severe to the extent that it makes the lake’s water unfit for drinking. But for the first time in 12 years, residents may be seeing clear waters not quite potable but for good enough to infuse life and bring back recreational activities.

And this happened in a span of 48 hours by using a method developed by Israeli company BlueGreen Water Technologies, which targets toxic cyanobacteria and is released slowly. More commonly known as blue-green algae, it is known to choke water bodies all over the world and proliferates in warm and nutrient-rich waters.

“The formulation in the past required very high doses. It is very operationally inefficient, it uses huge amounts of compounds, and you couldn’t do it in lakes larger than a few hectares. We have changed the formulation to allow the product to float and time release,” explained BlueGreen CEO Eyal Harel to CGTN Digital.

This works, he went on to say, because the algae is moving all the time due to currents and the wind, and also multiplying. By applying a floating time product, it is able to create a “sustainable oxidative stress” that is able to start a biological chain reaction.

Algae bloom caused by cyanobacteria is a buildup of nutrients in a water body due to a myriad of reasons including untreated sewage discharge, stormwater and high fertilizer use for agriculture.

Chinese farmers use about 305 kilograms of nitrogen per hectare per year, nearly four times the global average. But a series of awareness programs are slowly reducing the excess use of nitrogen based fertilizers.

In fact, algal blooms are present in a small percentage in every water body, but a high concentration of nutrients leads to their exponential growth.

As they grow, they start drawing oxygen from the water, causing a deficiency for other organisms, killing organisms in the lake, posing a direct threat to those who depend on the lake for water and food. It reaches a level when the smaller water bodies – like lakes – become completely deprived of biodiversity. 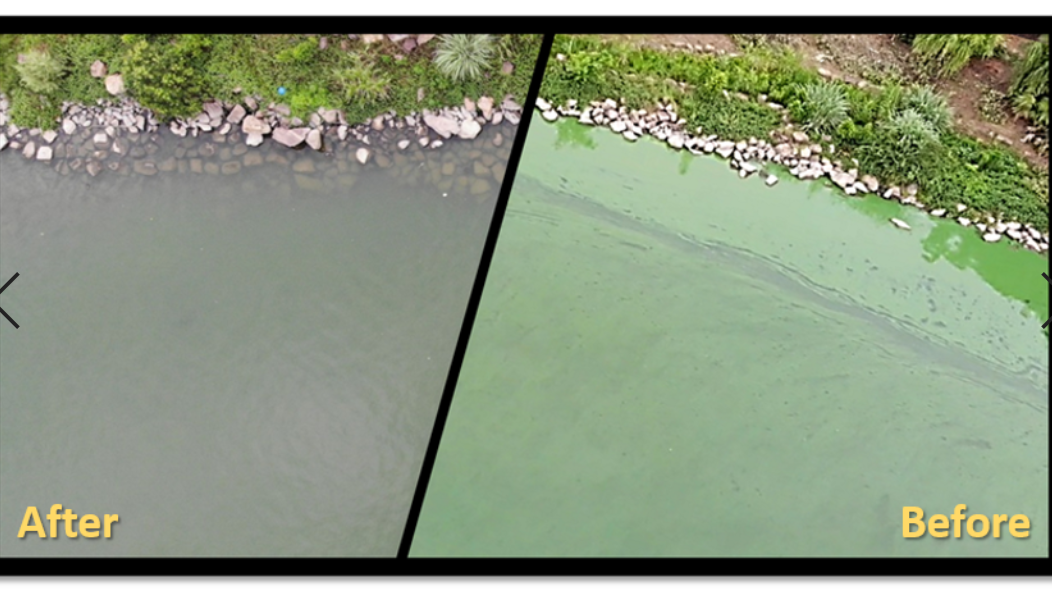 A comparison of Nanhu Lake before and after the clean up. /BlueGreen Water Technologies

A comparison of Nanhu Lake before and after the clean up. /BlueGreen Water Technologies

Besides its putrid scent and unsightly green sludge, it also produces microcystin toxins that cause problems like sore throat and nausea in the short run, and long-term exposure could lead to severe health impacts such as liver failure and cancer.

Nanhu Lake is not the only lake in China facing the threat of toxic algal bloom. The vast country has about 920 freshwater lakes, and more than 85 percent have been affected by algae pollution, according to Shen Ji, director of the Nanjing Institute of Geography and Limnology at the Chinese Academy of Sciences to China Daily.

Globally, freshwater lakes are also affected by this. In 2019, there were more than 250 reported incidents of toxic algal blooms around the world, according to an international database.

Governments around the world have pumped in hundreds of millions of dollars and enacted laws in a bid to clean up lakes affected by the toxic algae sludge. But it has not been resolved due to both rising global temperatures and also difficulty in regulation and monitoring.

While technology can be a quick fix to toxic algae blooms, Harel warns however that the fundamental problems need to be solved. Stopping short of removing and replacing the entire lake’s water after digging up toxic sludge, technology, like BlueGreen’s Lake Guard, merely “slows down the process.”

“Unfortunately, even if there was a way to fully control the amount of fertilizers used in agriculture, it wouldn’t solve the problem of the lake because that is already done. It’s like telling a person who’s obese with diabetes, that they should control the things they eat and that will be great, but the disease does not go away,” he elaborated.

In order to prevent nutrients from entering from the water bodies, many countries have started upgrading their waste treatment plants. For example, China treats more than 90 percent of its municipal wastewater, but the issue of algae bloom continues to pollute major sources of water.

The problem of toxic algae bloom is expected to persist in the decades to come. And for now, technology and treatment methods are still limited to smaller bodies of water, which may not be enough for communities who depend on whole rivers for their lives.